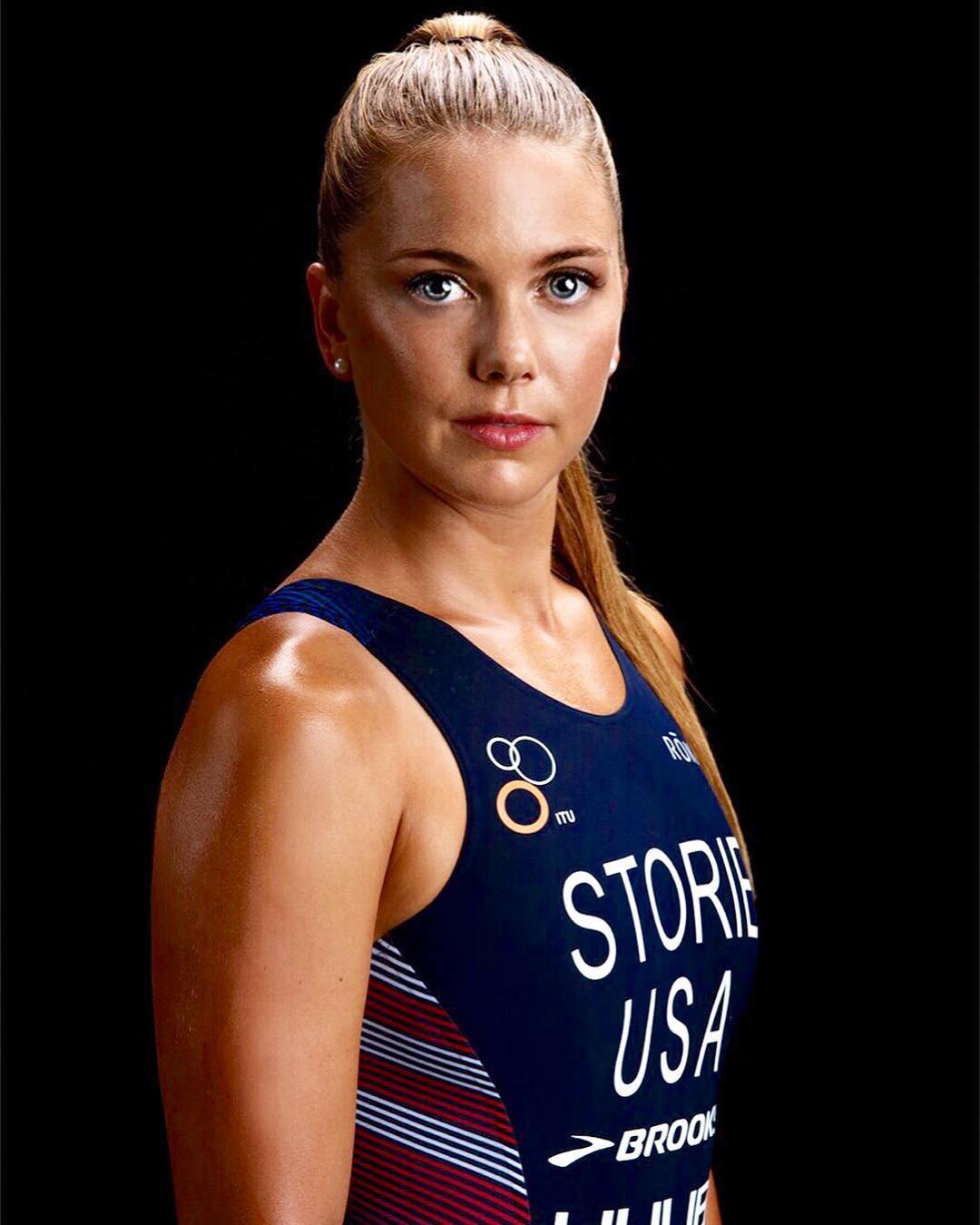 Education
High School:
Hood River Valley High School
College:
Oregon State University
University of Colorado at Colorado Springs
Degree:
MBA in business administration
B.S. Health Care Sciences: Strength + Conditioning
Long Biography
Erin Storie (Jones) is a 27-year old professional triathlete. She spent the last six years in Colorado Springs, Colorado, USA, where she is a resident athlete at the Olympic Training Center since June 2012. She grew up in the beautiful Columbia River Gorge in White Salmon, Washington and went to high school in Hood River, Oregon. She is currently training in Colorado Springs and all over the world.
Beginning at an early age, Erin developed a competitive drive and passion for athletics and adventure. She was a versatile athlete playing: soccer, softball, volleyball, gymnastics and eventually swimming and track. She swam competitively since the age of 8 on the Hood River Valley Swim Team, coached by Shelly Rwading. During her high school years, she took time out of the pool to compete in high school sports. For three months in the fall, she would run cross-country, then swim 3 months in the winter, and run track for three months in the spring. She competed in the Oregon State High School Championships multiple times for all three sports.
When Erin was 17-years old she picked up triathlon as a hobby in the summer. Her dad bought her a $200 dollar Trek 1000 with rat trap pedals and believed that she would be a great triathlete. Without proper training or coaching, Erin competed in elite junior nationals for triathlon and finished in 6th place. She was hooked. Unfortunately, triathlon wasn't offered as an NCAA sport, so she chose to run competitively in college.
Erin attended three years at Oregon State University and walked on to run division one cross-country and track. After a couple years of hard work, she become a top five runner and earned a scholarship. She was a 3-year Pac-12 All-Academic Honorable Mention. After her junior year she transferred to the University of Colorado at Colorado Springs to pursue a professional career in Triathlon by joining a program called the Elite Triathlon Academy. The ETA was a program put together by USAT and the USOC to develop potential Olympic triathletes. She was one of the first graduates from the program. She also graduated from University of Colorado at Colorado Springs studying heath care sciences with an option in strength in conditioning.
Erin has raced on every continent, excluding Antarctica, (which one day she hopes to visit) and has raced on over 20 countries. She barely missed the USA Olympic Team, The USA women are the best in the world, Gwen Jorgensen winning Gold. She will continue to train in Colorado and pursue her hopes and dreams of earning a spot on the USA Olympic Triathlon Team in Tokyo 2020.
Besides the ITU racing scene. Erin plans to race Super League. It's a new series with world-class athletes, exciting new formats, luxurious destinations, and a new kind of sportainment visible all over the world.
Family
Erin is the daughter of Tony and Debbie Jones and the sister of Tyler Jones. Erin's mom passed away six years ago with neurological brain disorder. She was sick most of Erin's childhood, but always found time to be one of the most supportive people her life. Her mom truly cared about living life to the fullest and was a very strong-minded, determined, passionate woman.
Tony financially supported their family as he worked with the union for over 40 years as a heavy machinery engineer. He gave Erin the opportunities and resources to pursue her dream of becoming a professional athlete and one day hoping to make it to the Olympics. She would tell you herself that he is her biggest supporters and her greatest role model. You are sure to find him at almost any of Erin's races. She quotes,
" I couldn't have gotten this far without him, he is my best friend."
Erin's brother, Tyler is 30 years old and lives in the Pacific Northwest. He is a paramedic/EMT and volunteer firefighter.

" My family helped develop me to be a great athlete. I get the compassion from my mom, the work ethic from my dad, and the fight from my brother. The rest of me I'm still trying to figure out for myself. "
Erin is happily married to Logan Storie. A native swimmer from Corvallis, Oregon who swam at the University of Florida. He now trains full time at the Olympic Training Center for Modern Pentathlon. He is also a Sargent in the U.S. Army as part of the World Class Athlete Program (WCAP). They are home owners together in Colorado Springs with their two cats: Elliott and Phoebe.
Question and Answer

What’s in my ear?
A little bit of everything: KYGO. Adele to Sam Smith to Beyonce to Tim McGraw and Faith Hill to The Jackson Five to Trey Songs to Tom Petty to Alicia Keys... I love ALL music.
If I wasn't a triathlete, I'd be....
Drinking mimosas with my best friends Laura, Jennifer, Whitney, Ashley somewhere on the beach.
Favorite Quotes:
“Be who you are and say what you feel, because those who mind don’t matter and those who matter don’t mind.”
- Dr. Suess
"Everything happens for a reason."
How My husband and I Met:
Logan and I met at the Olympic Training Center, in Colorado Springs, in the cafeteria getting to-go boxes. We are both from Oregon, but didn't know each other. I grew up swimming and running, and so did he. He grew up in the town where I went to college, so we had a lot of mutual friends and places we could've met, but we never crossed paths. It was only a matter of time before we met. It was meant to be. Soul mates. Destiny.
Most romantic moment:
When Logan proposed to me. He blind folded me, surprised me, and took me to Garden of the Gods where we had our first date.
Favorite country to visit:
South Africa! SO AWESOME!
Favorite discipline in triathlon:
Swim
Most improved discipline:
Bike
Proudest moment in Sport:
Competing with my husband, winning the Biathle Mixed Relay World Championships with Logan.
Top Goal:
Competing for the United States of America in the Olympics
What keeps me going:
All the life experiences, opportunities, and people that I get to meet along the way. Also, I have the drive to accomplish all my goals and to perform to the best of my ability in every race.
Who do you Give Credit to:
Logan for his daily support, my dad for his love and encouragement throughout the years, and all my friends, family, coaches, and followers out there who inspire me to be better every day.